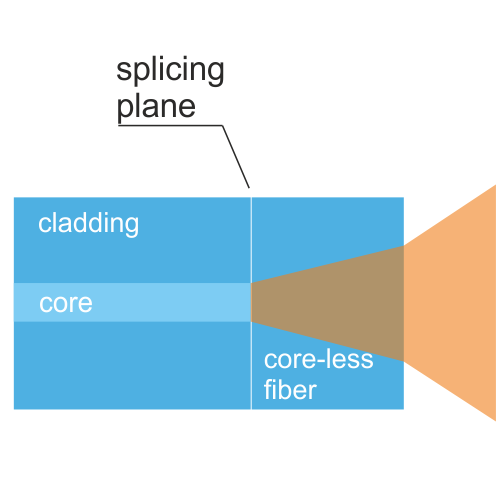 An end-cap is a homogeneous and transparent piece of material, spliced or welded onto a fiber end. It is widely used as a way of protecting the tip of high-power fiber lasers or fiber-coupled solid-state lasers against optical damage. Larger end-caps are made of fused silica or another type of glass having a high damage threshold and good transmission properties. The diameter of such an end-cap can be much greater than the diameter of the fiber itself.

For lower power lasers, end-caps are sometimes also necessary, as discussed further herein. However, here the end-cap is typical of the same diameter as the fiber - it is actually a piece of a core-less fiber fusion spliced to the end of the fiber. Even a short segment (about 0.5 mm in length) does carry out a function - it makes the beam to diverge and expand inside the glass, before reaching the glass/air boundary, thus reducing the intensity (or fluence) of the beam to the fiber end.
Large core diameter multi-mode fiber is also sometimes used with a very similar effect. However, in Matchbox lasers, a core-less fiber is always used. The spliced fiber is glued into the fiber connector (e.g. FC/PC) and polished. 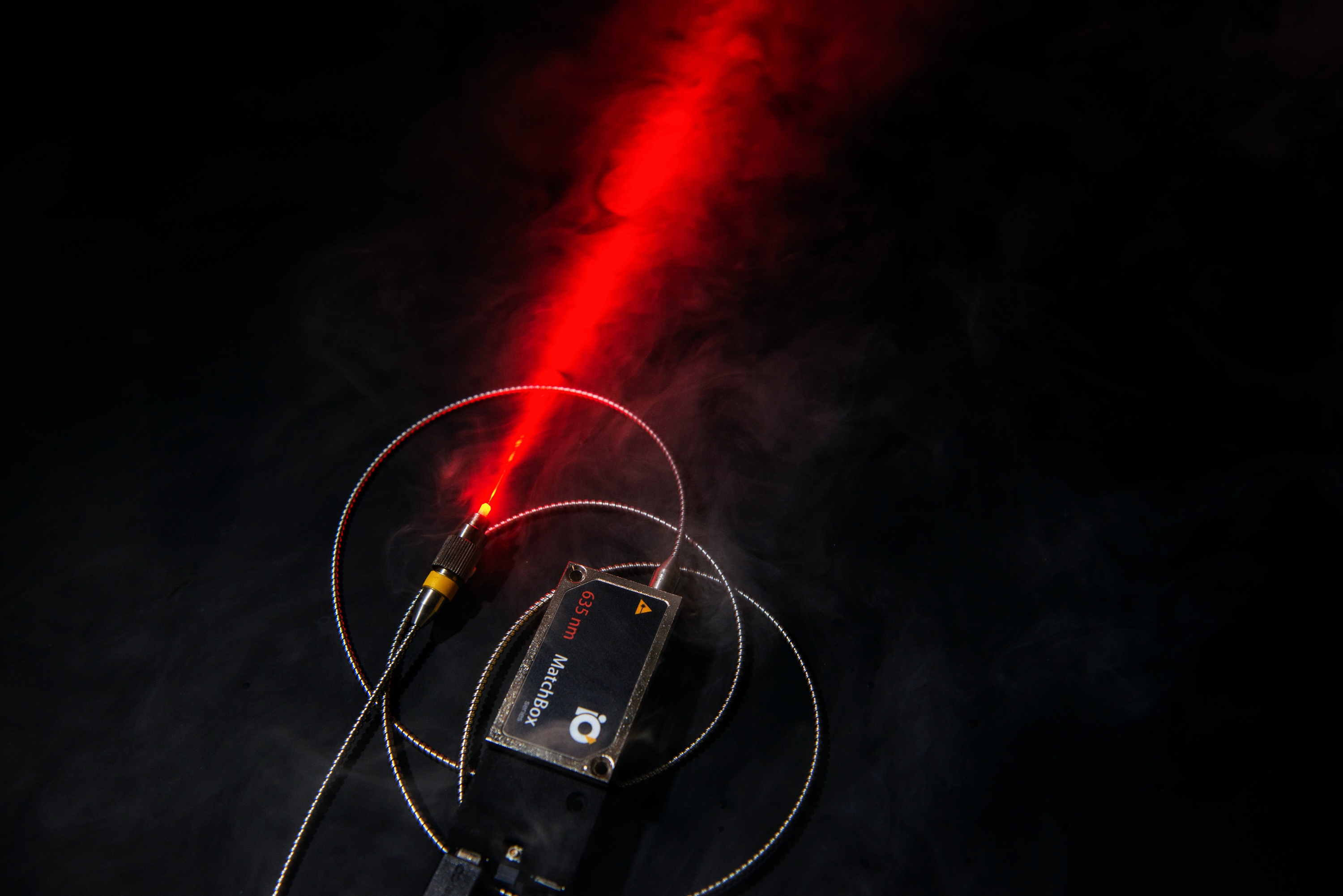 The most important benefit of core-less end-caps is protection against burnt debris on fiber tips inside and outside of the laser module. Some wavelengths, especially in the violet-blue range (405 nm to 488 nm) are prone to attract dust and debris at the fiber end. It can be explained by the phenomena of optical tweezing, sometimes in combination with the attraction of electrically charged air-borne particles to a fiber tip, which remains charged after the cleaning process.

The small surface area (3 to 5 μm diameter in case single-mode fibers) where the laser beam propagates causes high intensity at the fiber end, therefore, attracted debris gets burnt on it quickly, causing degradation of the fiber tip inside and outside of the laser module output, as well as becoming the main source of laser power loss and operation instabilities.

Given that end-caps provide such benefits, why sometimes they are not used? Let's start with the fact that in order to apply end-caps, one must have a fusion splicer, a well-developed recipe, and qualified staff, which makes the whole process repeatable. Another big reason is that the beam propagation at the end of the fiber is quite different, as compared to a plane fiber tip and it is not possible to do a direct mating of such fiber with another fiber. Because of the same reason, fixed focal length collimators will also not perform exactly to their specifications - the collimated beam will feature slightly lower divergence, so it is suggested to use variable collimators to compensate the end-cap, whether precise divergence control is needed.

Core-less end-cap is a great way to protect fiber-coupled lasers against degradation of the fiber tip inside and outside of the module. However, direct mating and collimation of such fiber is not that straightforward.

If you have questions, do not hesitate to contact our tech support at support@integratedoptics.com .